ACLU of Rhode Island cooperating attorney Richard A. Sinapi filed a federal lawsuit late yesterday challenging a Pawtucket ordinance that bans the posting of political signs on residential property more than 30 days before an election. The lawsuit is on behalf of two candidates running in primaries for state legislative office in the city, Cherie Cruz (House District 58) and Jennifer Stewart (House District 59).

In early July, after Stewart had placed more than 30 candidate yard signs at supporters’ homes, she received a call from the City Registrar, 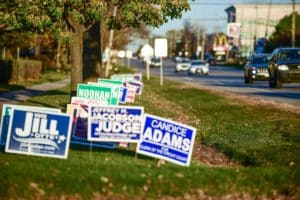 informing her of the ordinance at issue and advising her that if the signs were not taken down, he would refer the matter to zoning officials “who could issue fines to the individuals who had signs in their yards before the date he identified.” Similarly, after Cruz began distributing her signs to supporters, she too learned about the ordinance second-hand, and then called up city officials who confirmed that anybody erecting her signs more than 30 days before the election could be fined.

The lawsuit argues that “residential signs are a form of unique expression entitled to the highest degree of protection” under the First Amendment and a “cheap and convenient form of communication … by which people of modest means may become involved in political campaigns and show their support for a candidate or cause.” The suit notes that as candidates lacking significant name recognition, both Stewart and Cruz “rely heavily on inexpensive campaign lawn signs to ….communicate their candidacies to potential voters.”

The lawsuit cites a slew of court decisions dating back decades that have held unconstitutional durational limits on the posting of political signs. That list includes a number of successful lawsuits filed over the years by the ACLU here in Rhode Island, including suits against similar ordinances in Cumberland, Warwick and North Kingstown. The suit further notes that the ACLU alerted Pawtucket officials back in 2018 about the unconstitutionality of the durational sign restriction, but to no avail.

Plaintiff Stewart said today: “For me, this case is about democracy. I want people in Pawtucket to know there is an upcoming Democratic primary election and that I am a candidate to represent our community. My supporters want their neighbors to know about the election and to encourage them to consider my candidacy. Our campaign was feeling a sense of momentum before we were warned about violating this ordinance. Taking the signs down stifled the voice of my supporters and created an obstacle for having a more competitive election.”

Plaintiff Cruz said: “The fact that such a blatantly unconstitutional ordinance in Pawtucket exists to limit residents’ rights of free speech is very saddening. It ignores a basic right to freely express our political, electoral views and preferences. We cannot on one hand, call on all of our citizens to be active participants in our democracy and then on the other create arbitrary timelines for that same participation — it’s hypocritical and wrong.”

ACLU of RI attorney Sinapi added: “Political speech is at the core of the First Amendment.  Decades of court decisions with which the City should be familiar make it abundantly clear that limiting political speech to one month before an election simply cannot withstand constitutional scrutiny. This ordinance is especially troubling since political sign restrictions generally have the effect of favoring incumbents over challengers, as one of the major obstacles for any challenger in a political campaign is name recognition. The only way to stop this recurring violation of free speech rights in the state is for the Court to issue a clear, firm, and definitive ruling that such restrictions will not be tolerated.”

ACLU of RI executive director Steven Brown noted that, with the implementation of early voting in Rhode Island, Pawtucket’s 30-day limit on political signs means that they can be erected only 10 days before residents can start voting.

You can read the ACLU’s full press release here.

Sinapi Law Associates, Ltd. has a proven track record over a period of nearly 40 years of protecting and vindicating the civil rights and liberties of individuals. You can learn more about our civil rights practice here. If you believe your civil rights may have been violated, you can submit a request for a free case evaluation here or give us a call at 401-739-9690. 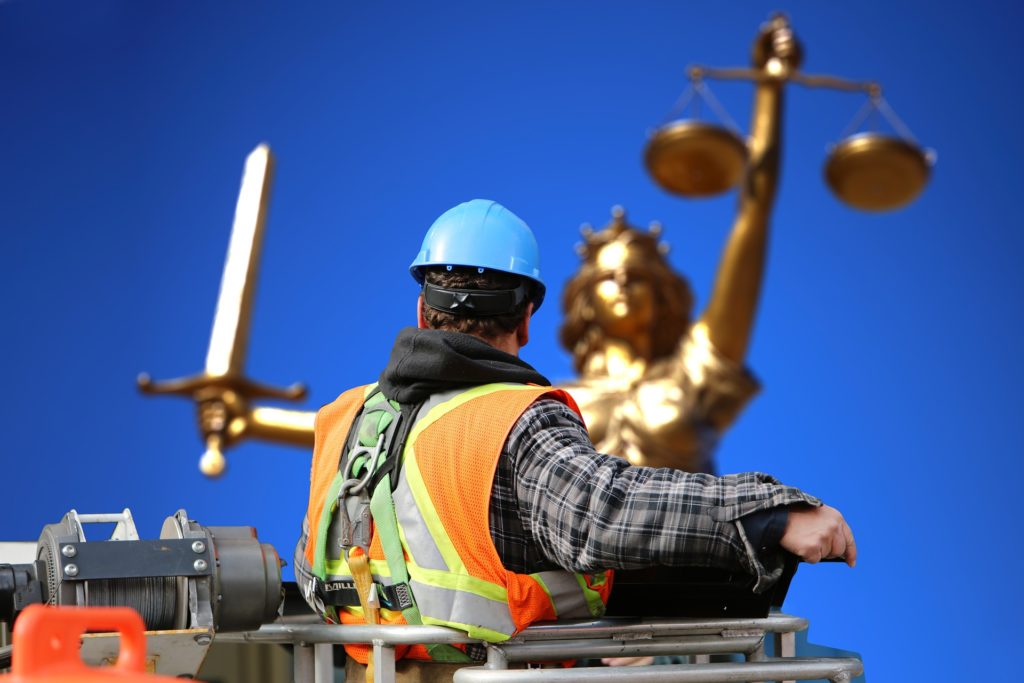 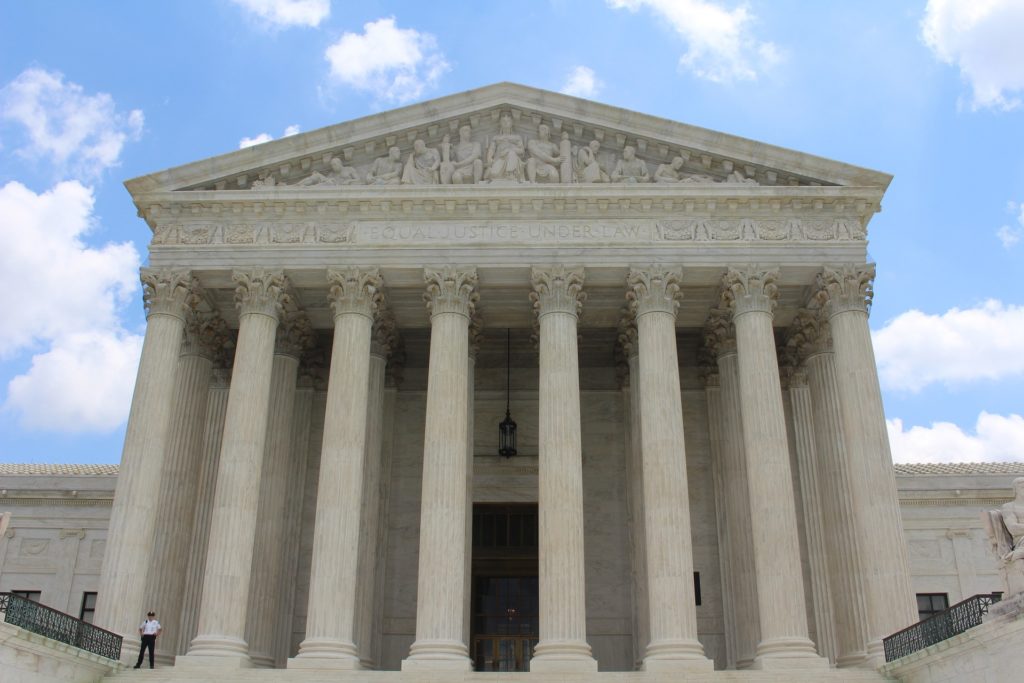 Sinapi Law and the ACLU of Rhode Island today announced the favorable settlement of a federal freedom of speech lawsuit against the Providence Police Department involving political protest at the Roger Williams Park Casino. In addition to $13,000 monetary payment to each plaintiff, the settlement agreement filed provides that the City will pay $74,000 in attorneys’ fees. 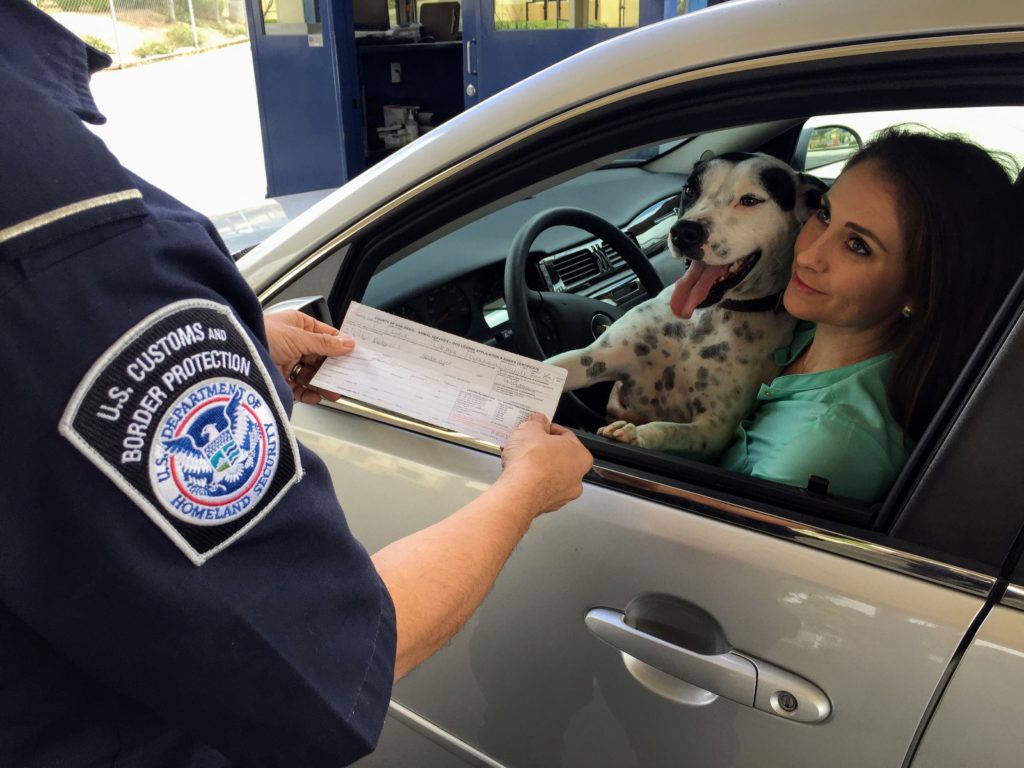 A Blow to the Pillars of Our Democracy – Court Rules Electronic Devices of Those Crossing U.S. Border are Subject to Seizure Without Cause

A recent court decision allowing seizure of electronic devices at border crossings without any cause damages the essential pillars of our Democracy.   The decision in Alasaad v. Mayorkas, 988 F.3d 8 (1st Cir. 2021) basically says that any electronic device of anyone crossing a U.S. border—including U.S. citizens and permanent residents—are subject to seizure without any cause and the content thereof may be accessed and read by the border agent