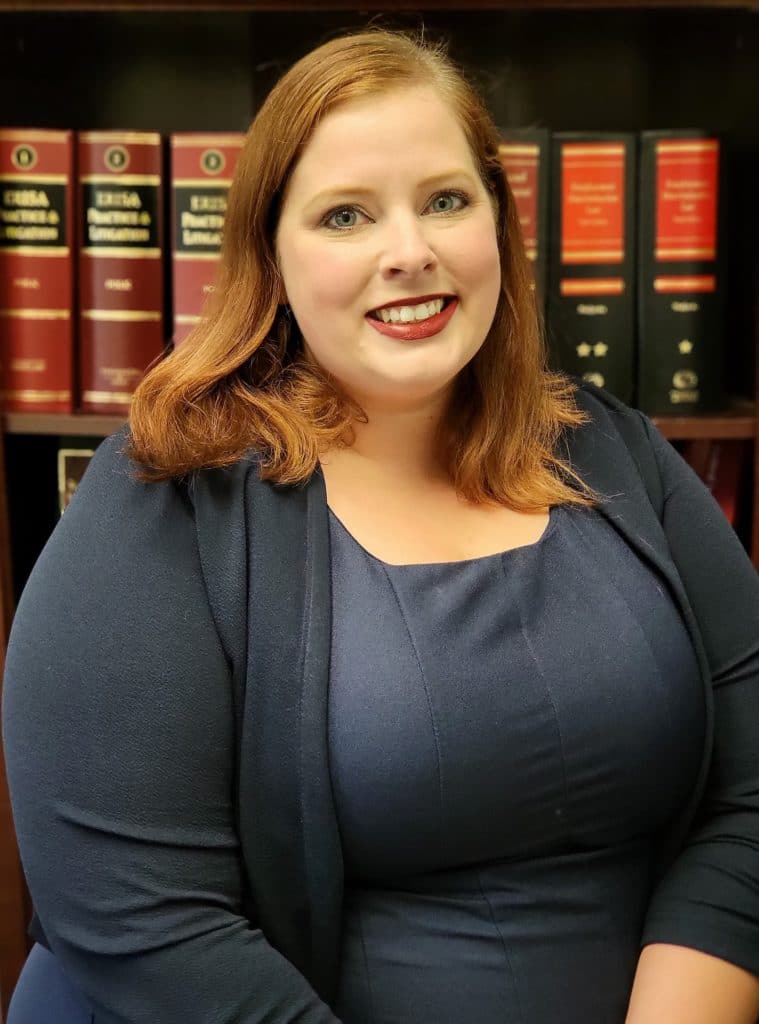 Sarah E. Smalley is an associate attorney at Sinapi Law Associates Ltd and has been practicing law in Rhode Island and Massachusetts since 2014. She practices employment law, civil rights law, and worker’s compensation. Her focus is on representing employees in discrimination, leave acts, wage, and hour litigation, as well as worker compensation claims.

Sarah graduated cum laude from Roger Williams University School of Law in 2014. During law school, she was a member of the honors program, and she received multiple awards for the highest grades in constitutional law courses. She also had the honor of serving as a judicial intern for the Honorable Judge Savage in the Rhode Island Superior Court. After law school, she practiced in the areas of municipal law as well as worker’s compensation in both Rhode Island and Massachusetts. Sarah has extensive workers compensation experience and brings added value to her clients through her past experience also representing employers in workers compensation claims.

She is admitted to practice law in Rhode Island and Massachusetts state courts.